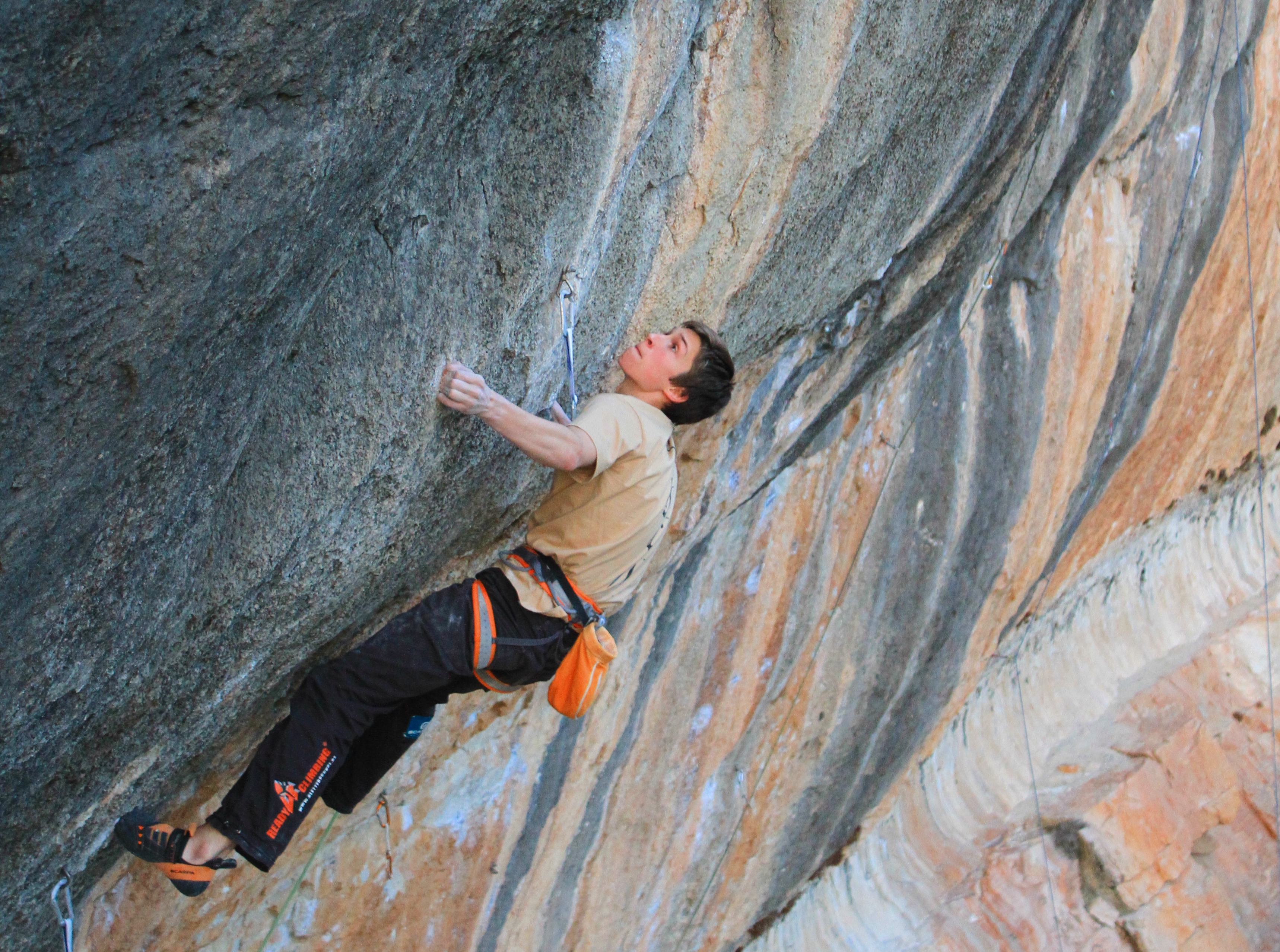 With a grand pleasure we have to inform You about two 9a routes we’ve completed during the last two weeks in Catalonia. Ruben is back in Hanover now and David still there. Here are some short comments about our ascents:

I wanted to try my first 9a in winter 2012 but first of all I had to find a route which fits my style. I chose “Era Vella”, a route by Chris Sharma, which David already did in 2011 with an age of only 15 years. It’s an incredible overhanging line which fits my style very well and goes approx. 40 meters up a steep and overhanging crag. As I hadn’t that much luck on my first tries during the Christmas holidays in 2012 and due to the bad weather as well, I came back to Margalef for one week in the Easter holidays 2013. Unfortunately something happened I had never expected. On my 16th birthday, the 30th of March 2013, I was really close and optimistic to send it but sadly took a big fall on top of the route and broke my wrist. I had to deal with the disappointment and couldn’t even try it again because the competition season had already begun.

This winter I had the possibility to go back to Margalef and to try it again. It didn’t take that much time and I finally clipped the anchor of my first 9a ever. I´m still really happy, although I´m already at home in Hanover again, that I´ve mastered this challenge of ups and downs and I´m really motivated to try more hard stuff soon. All the best

Estado Critico (9a), completed on the 7th of January by David

Yesterday, after 4 or 5 days of work (I didn’t count them), I was able to pull over the last hard moves in Estado Critico (9a) at the well-known sector “El Pati” for hard sportclimbs in Siurana. A 35 meters overhanging wall with powerful and long moves on good sideholds and edges along a crack in the beginning followed by little crmips and technical climbing after a good rest in the middle of the wall. Concerning the world’s first onsight of this route by our good friend Alex Megos in early 2013 it became one of the most famous 9a´s in the world of climbing. I really wanted to try this line and that’s why I’ve checked it out once around the 20th of December but started trying it seriously after New Year. Now the climbing rush is over which made it easier to work intensively on it. Yesterday the weather was maybe not the best one because it was actually quite hot so that I missed a hold in the first crux part in my first try because of the sunlight which was very blinding. I also thought that the rock would be greasy but basically everything worked well and I didn’t get too sweaty hands. I knew that I was definietly physically fit enough to take it down. The tries the day before were already so close (I fell four times in the last hard boulder problem before top) that it was obvious that I will finish it yesterday due to the progress I had in the route of two or three moves further up from day to day. Well, that was my 2nd 9a so far which makes me very happy and “hungry” for more hard routes which have to be climbed. I still have 16 days left here. That’s certainly enough time to work hard on another project. I will keep You updated! Thx for the support! Sunny regards from Siurana to everyone of You