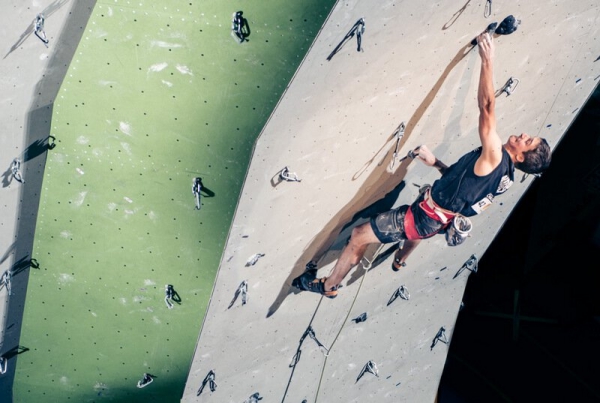 David has achieved the second place in the final German Lead Cup of this season in Berlin last weekend. The overall ranking (after Darmstadt and Neu-Ulm) corresponds to the German Championships for the seniors and the juniors at the same time. David has become the winner in both categories. The comparable applies to Ruben as the winner of the German Youth Lead Cup in Berlin and the overall ranking in the Youth A category. We both are very happy about it

Together with two other candidates David is proposed for the title “Junior Athlete of the Year 2014″ in Lower Saxony. The announcement of the outcome of the election will be held at the so called “Winner Party” by the Youth Sports Association of Lower Saxony under the auspices of Sports Minister Boris Pistorius in Hanover on December, 13th.